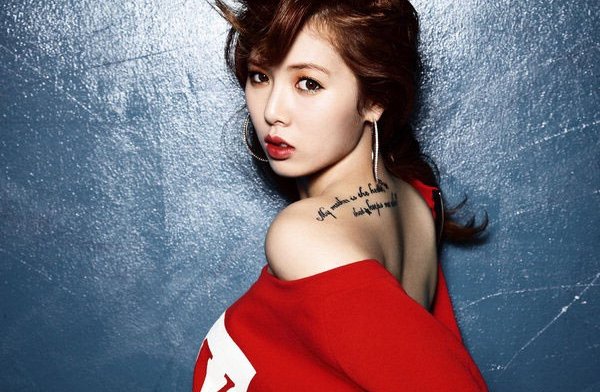 I feel bad for this girl sometimes. I think that she's the single most-scrutinized girl group member in the whole of K-pop. And why? Because she can pop her butt like few can. Therefore you get people calling her a slut, a tramp, etc etc because her company decides to take advantage of this particular skill of hers. *sigh. Just another day in the world of female performance.

For those of you who don't know what I'm talking about, check out this video of HyunA's latest single, "Bubble Pop", and if you care to, read the comments on the Youtube page:

EDIT: As of today, HyunA will no longer be promoting "Bubble Pop", as the choreography and costumes have been deemed too suggestive to air. The video will be pulled from the air too. Well, not like we didn't see this coming, but they sure took their time with it. The "wide-leg-spread dance" fiasco happened the very week Rania debuted with "Dr. Feel Good", and a week after 4minute came back with "Mirror Mirror".

While I don't particularly care for HyunA - what I like to think of as her "performer"side - I have a soft spot for Kim Hyun-ah, the real girl behind the image, because I see the vitriol that swims to the surface any time she does anything that's mildly suggestive, and I feel for her. Granted, most of the time she's being very suggestive, but she doesn't deserve to be called a "slut" or a "whore" or "dirty". Whether or not you think she is morally sound, you shouldn't attack her so viciously simply because she don't ascribe to your life standards.

Another reason why I hate the insults is that they're clearly confounding her stage persona and her real life persona. Most performers purposefully create fictional versions of themselves to present on stage, and from what I know of k-pop, this phenomenon is very present. The idols themselves even acknowledge it in a way, as they always want to show "a different side of themselves" to their audience either through variety shows or constantly changing "concepts". It's obvious to anyone that their images are manufactured in order to create the most appeal and therefore the most revenue. So it makes no sense to judge their character due to their performances when more often than not, they're not really like that in real life.

It's particularly silly to call Hyun-ah or HyunA a slut. The dictionary definition of slut is "[a woman] who is promiscuous, or has loose sexual morals". While her dancing is suggestive, her lyrics are decidedly not. "Change" was all about changing up your style and not worrying about other people's opinions, while "Bubble Pop" is about her deciding to do what she wants despite what her boyfriend might think. I don't see how this indicates that she sleeps around in any way. And we don't know what goes on in her personal life (frankly it's none of our business) so any judgement of her real self from her music and videos is based purely on speculation, and is therefore groundless. 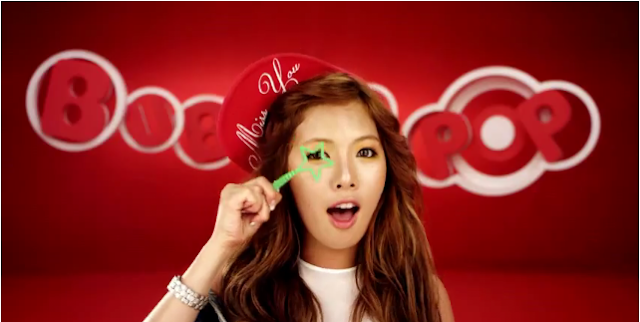 What do we know about Hyun-ah though? From watching her appearances on variety shows, it would appear that she actually makes an effort to distance herself from her sexpot stage persona. If you look at her dance performances on variety shows, she often avoids doing the standard sexy dance (best exemplified in this video of Rainbow's Jaekyung) and tries to do dances involving more complicated choreography:

(She's not the only idol to do this: Kahi of After School also makes a point to do things differently when asked to perform on variety shows, taking on challenging choreography and playing acoustic guitar instead of simply wowing us with her "sexy aura" [lol].)

When she does do the standard choreography - particularly in the examples I've found, her "Change" dance - she's reluctant and embarrassed:

Notice how in the first and last video she goes all out for the performance itself, but turns into a shy, embarrassed girl right afterwards. Clearly, she's not just a "slut".

I'm inclined to construct a more complicated image of Hyun-ah the girl, based on what I know about the k-pop industry, and what I've seen of her from TV. She is definitely not afraid to be sexy, otherwise her sexy dances would look much less convincing or appealing. As I've said before, I believe a performer needs to connect on some level with whatever they're performing in order to be good. And despite what you think of her, you have to admit Hyun-ah is a sick performer. Her confidence and charisma is really what makes her stand out, not the booty-popping. After being reminded during the Rania debacle that the k-pop industry is more than willing to use sex in order to make money, I wouldn't be surprised if her constant booty-popping is encouraged by her management in order to maintain her popularity. Though her pelvic thrust dance from "Change" was a pelvic thrust dance, I find it to be much less provocative than Rania's version, as well as a lot of the ones you see the male idols doing. Yet that was what established her as a "sexy idol", and pretty much established how she would be perceived by the public and marketed by her agency - as a sexy girl existing purely for your entertainment. She does the sexy dance, but it's SBS's cameras that zoom in on her butt and crotch. And that's what gets them, her and her company paid.

If anything, that's the reason I'm not a fan of HyunA - I feel that she's selling herself short by sticking to the booty popping, and we're all keeping her from reaching her potential by constantly praising her for it and not challenging her to do more than that. Even if it was just working on her rapping, or getting proper vocal training or just doing more interesting choreo - either one of these things would elevate her as a performer. Yet she sticks to drawing in scandals galore instead. Whether she does it because she's bound by contract, or because she actually likes it, I just don't think it's a good choice for her on a professional level. It's all well and good to capitalize on your popularity, but you should at least show a desire to constantly improve and develop yourself regardless of what the public is buying right now.

Quoted from allkpop's review of her mini-album:

HyunA isn’t loved by everyone, but to her credit, at least she continues to be herself, whether we like it or not. She relishes the idea of acting in overly sexual ways, and while she was full of drive a year ago, now she’s teasing listeners and on-lookers with a sexy song masked by novelty gloss.

The album as a whole makes little sense as an entity, but it breaks up into the pieces that have come to define HyunA: it’s partly saucy, partly gimmicky and dubious, and above all, blatantly artificial.

Yet, that’s exactly what works for her and from the get-go, she’s owned it. She may lose street cred for sounding like a complete robot in her ‘raps’, and for groaning through most of her songs, but she at least wins some brownie points for not giving a crap about it and carrying on.

This conclusion presents us with four key points: (1) that Hyun-ah enjoys being an oversexed doll (2) that this image is pretty much how she is in real life; (3) that her persona is completely manufactured; and (4) that she carries on with it despite what people think. From the evidence I've already given, I think I've proved that #1 and #2 are at best assumption, and quite possibly false. #3 not only contradicts #1 and #2, but is also obvious and something that everyone who wants to discuss Hyun-ah as an artist or a person should keep in mind. And #4 is something we can never really know for sure. Does she continue to do it because she doesn't care about being called a slut? Or because she's contractually obligated to? Or because she actually is promiscuous and isn't ashamed to be who she is? I think the evidence given proves that the answers to all those questions are dubious at best, so we shouldn't try to put her in any box, but rather accept her complexity as we are presented it. This, of course, the goal of writing all this and other posts on women in k-pop: it's to allow for and encourage more positive and complex and less stereotypical representations of women in k-pop that are true to the experiences of real women and those of the women who perform these representations. 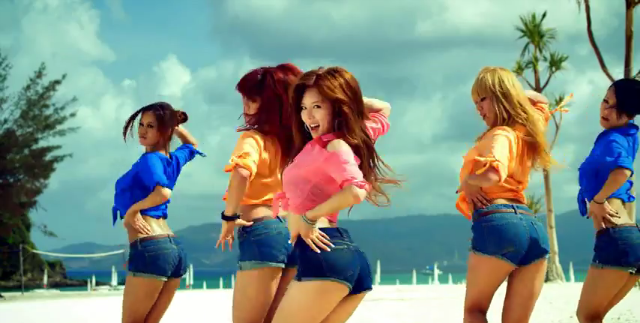 P.S. If this post is TL;DR for you, check out Ellie from Seoulbeats/AATheory's video review of "Bubble Pop" for a pretty good summary of what I said: