The Mimi Sisters Rock Out on Their Debut EP 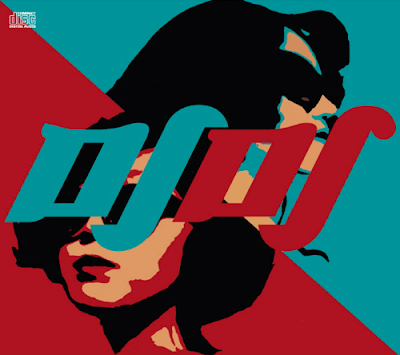 I found a new group!!! Usually new music discoveries aren’t that exciting because I always get them on the recommendation of other people, e.g. McRoth, but this time I found one on my own! And they are all kinds of awesome! Ladies and gentlemen, I introduce to you... The Mimi Sisters!

If you're familiar with the indie band Jang Kiha and Faces (a band I’ve been meaning to check out), you'll recognize them as the band’s back up dancers/ singers. They have an interesting concept that centers around them dressing in 60s-style clothes, wearing matching wigs and dark shades and being completely expressionless. They do this even when they’re not performing, which apparently got them in trouble with Korean diva Insooni a while back (link via Indieful ROK). It’s an interesting concept exemplary of the quirks the band seems to hide under an unassuming indie surface – check out this performance below to see what I mean:

Anyway, so it seems the girls have gone solo (duo?) and are starting to put out their own music. I probably wouldn’t have come across this EP if I hadn’t seen the album cover on Soribada’s front page and been intrigued by the artwork and the name of the band. Rarely ever does good cover art correspond to good music, so I got lucky this time. I’m Sorry… But It’ll Be A Legend is very different from the lo-fi indie stylings of Jang Kiha and Faces. They come at you hard with crazy hazy rock music that makes them sound like a cross between The Raveonettes and The Donnas with touches of 60s rock and pop.  Anyway, here’s their debut MV for the song "다이너마이트 소녀 (Dynamite Girl)" - you can see the Sisters Midori and Miyeok rocking out on guitar and bass with  Du Seon-hwa (I think?) on drums.

After doing some digging, I found out that the album was a collaboration between the sisters and a bunch of indie music vets. In particular, the producer on the album is Yohei Hasegawa of the Kim Chang-wan Band. He used to play for Gopjang Jeonggol, a Korean band that does covers of Korean rock songs from the 60s and 70s, - basically he's a connosieur of classic rock. According to this article (and what I understand of it through Google Translate *facepalm*), he worked with the Sisters to embed  sounds from different time periods into the album - mid-70's soul, psychedelic rock from the late 60s, 60s surf rock and mid-90s grunge/punk rock. They've done a great job of it if you ask me: every track is a new, fun experience. My personal favorite is “우주여행 (Space Travel)”, – it’s actually sounds like you’re taking a ride back in time to the 60s and then into outer space. It’s 16 minutes long (!) but totally worth the time, especially as they perform it with Seoul Electric Band, another awesome indie band I only recently came across.

The Mimi Sisters are followable on Twitter, and you can also check out their Cyworld page. And if you like what you hear, buy the album!!!
Labels: i'm sorry... but it'll be a legend k-indie k-rock korean music mimi sisters